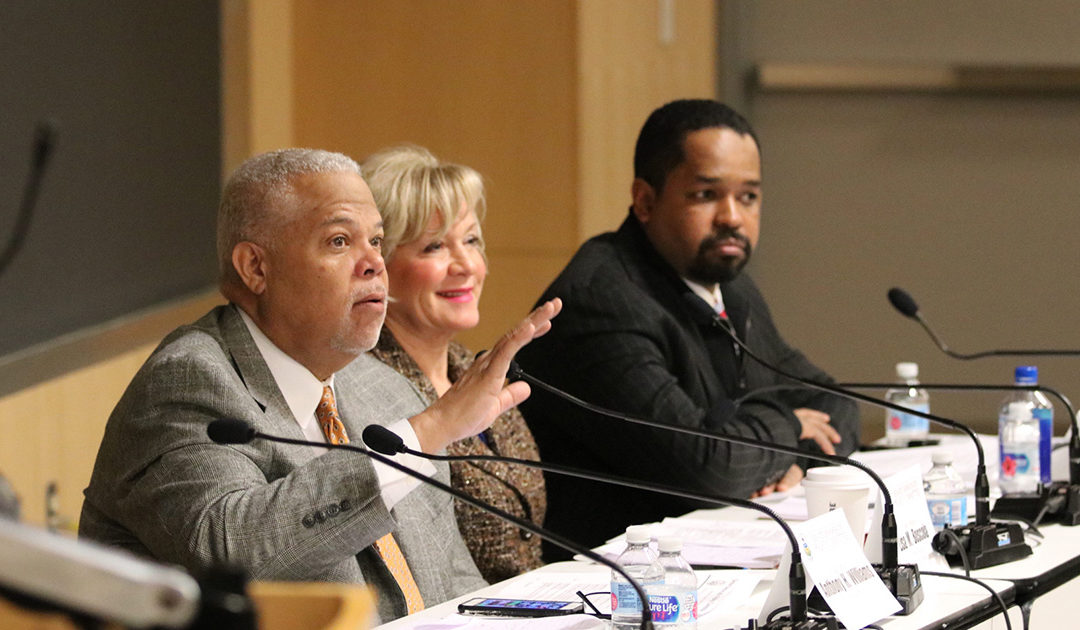 “The opioid epidemic has hit Philadelphia particularly hard,” Williams said. “We need to find a workable and compassionate strategy for getting these drugs out of our neighborhoods and helping people and their families who are struggling with opioid addiction.”

Kearney added, “Dealing with this addiction crisis is going to take an all-hands-on-deck approach. This hearing is critical toward taking bold steps to tackle this crisis head on and provide communities with necessary resources.”

State Sen. Lisa Boscola (D-Lehigh/Northampton), who chairs the committee, said, “Apart from the very tragic human toll, this drug epidemic is spurring crime, swelling our prisons and straining limited state and county treatment resources. While the state must continue to provide resources, the ultimate solution to the terrible crisis is both difficult and complicated. It will take the continued cooperative efforts of government, law enforcement, our schools and our medical community.”

“Now that people are not dying of overdose, we now need to provide them some quality recovery services,” Michele Denk, Executive Director of the Pennsylvania Association of County Drug and Alcohol Administrators, said.

The state and federal government have invested millions in resources to treat addiction, address the shortage of professionals who treat addicts, and provide Naloxone (Narcan) to help first responders treat overdose victims.

According to the National Institute on Drug Abuse, during the first six months of 2018, 13,499 people were treated in emergency rooms for opioid overdoses in Pennsylvania. OpendataPA estimates that 800 Pennsylvanians die from overdose every month.

Roseanne Scotti, Senior Technical Advisor at the Pennsylvania Dept. of Health, said that 4,500 Pennsylvania’s died from a drug overdose in 2018.

Scotti also said that those who survive overdoses, and those who live with a substance abuse disorder, face an increased risk at contracting HIV and Hepatitis C. She said that syringe service programs reduce the chances of contracting these diseases, keep people from overdosing and allow people to access treatment for their substance abuse disorder if they so choose.

“The Department of Health supports legislation to explicitly allow for these programs,” Scotti said.

Sen. Williams is preparing legislation that would create a syringe service program in Pennsylvania.

Dr. David Metzger, Research Professor and Director of the HIV Prevention Research Division at the University of Pennsylvania, said that both syringe service programs and medication assisted treatment for opioid use disorders are essential is treating those with substance abuse disorder and will ultimately save lives and keep people as healthy as possible.

“Easy access to both is needed in every community in Pennsylvania,” Metzger said.

According to the Opioid Data Dashboard, which is compiled by the state Department of Health, there have been 29,610 doses of Naloxone Administered by emergency medical services from Jan. 1, 2018 to Dec. 7, 2019.

April Billet-Barclay , Director of York County Probation Services, said that one of the biggest risks of those leaving incarceration are those with substance use disorders and going back to using drugs and overdosing.

Billet-Barclay said that diversion programs in the criminal justice and court systems are one of the best pathways to get those with substance abuse disorders into needed treatment rather than incarceration.

The hearing was held at the University of Pennsylvania. It was the second of two committee hearings on the issue. The first was held at Delaware County Community College on February 12. A full recording of that hearing is available at senatorboscola.com/policy.