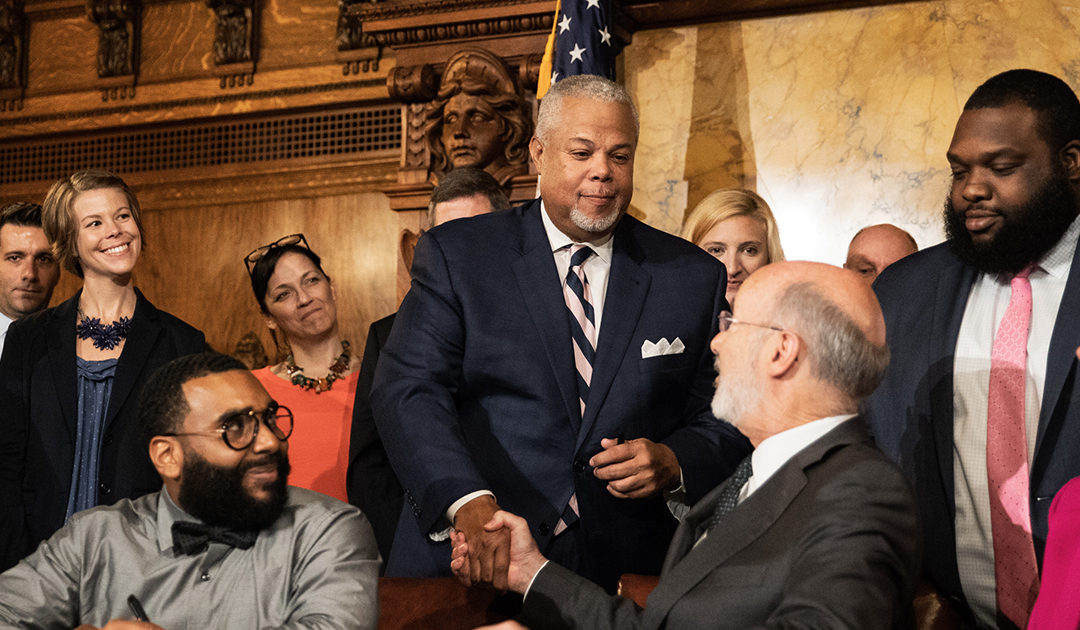 “There are too many people who have done their time and have worked to become fully integrated members of the community but are held back due to past convictions,” said Williams. “I applaud that we are realizing that people who have paid their debt to society deserve the chance to prove they are ready to contribute to their communities.”

The legislation allows for an individual to petition for court records to be sealed after 10 years of living conviction free. The primary goal of Clean Slate is to ensure that those who have been convicted for minor offenses in the past, and have served sentence, to no longer be plagued in the job and housing market by their mistakes.

Williams was the prime sponsor of the Senate’s version of House Bill 1419. He says he looks forward to seeing the improved lives of those who are re-entering society after serving their time and seeing how recidivism is reduced be providing the opportunity for individuals to enter the workforce.

“Clean Slate is a great step forward in criminal justice reform and the movement to reduce recidivism,” he said. “We must continue to support initiatives that help those who have returned to our communities find a path to jobs, housing, and community engagement without the stigma of their past.”
###