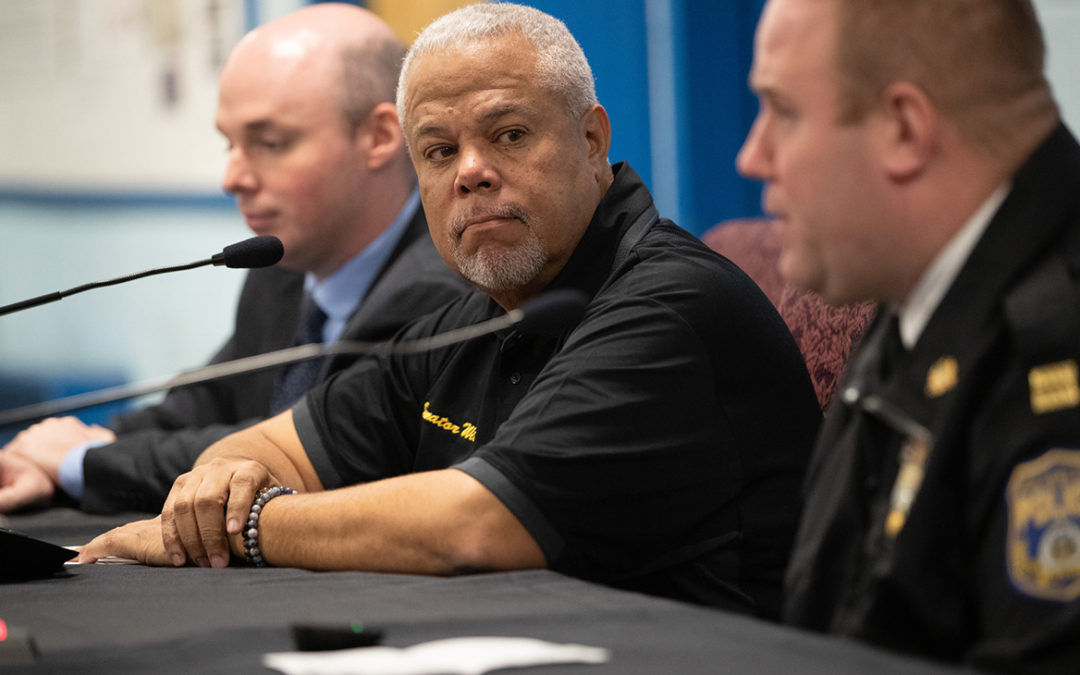 Folcroft, Pa. − May 7, 2019 − Senator Anthony Williams today announced the award of $1.5 million in state funds for Folcroft to develop a new municipal complex.

“This investment from the Commonwealth speaks to the importance of our local governments and the citizens they serve,” said Senator Williams. “I congratulate Folcroft Borough officials on crafting a smart application for the Redevelopment Assistance Capital Program and look forward to working with them as this project moves forward.”

“I want to thank Governor Wolf for releasing these funds for Folcroft Borough’s municipal complex project,” Rep. David M. Delloso, who also represents the area, said. “It’s critical for state government to help shoulder the fiscal responsibility for municipal projects such as this. These RACP funds will help strengthen Folcroft Borough’s sense of community and make it and the 162nd district a safer place to live.”

The project’s groundbreaking will be in fall 2019.

The Redevelopment Assistance Capital Program is a Commonwealth grant program administered by the Office of the Budget for the acquisition and construction of regional economic, cultural, civic, recreational and historical improvement projects. RACP projects are authorized in the Redevelopment Assistance section of a Capital Budget Itemization Act, have a regional or multi-jurisdictional impact, and generate substantial increases or maintain current levels of employment, tax revenues, or other measures of economic activity. RACP projects are state-funded projects that cannot obtain primary funding under other state programs.