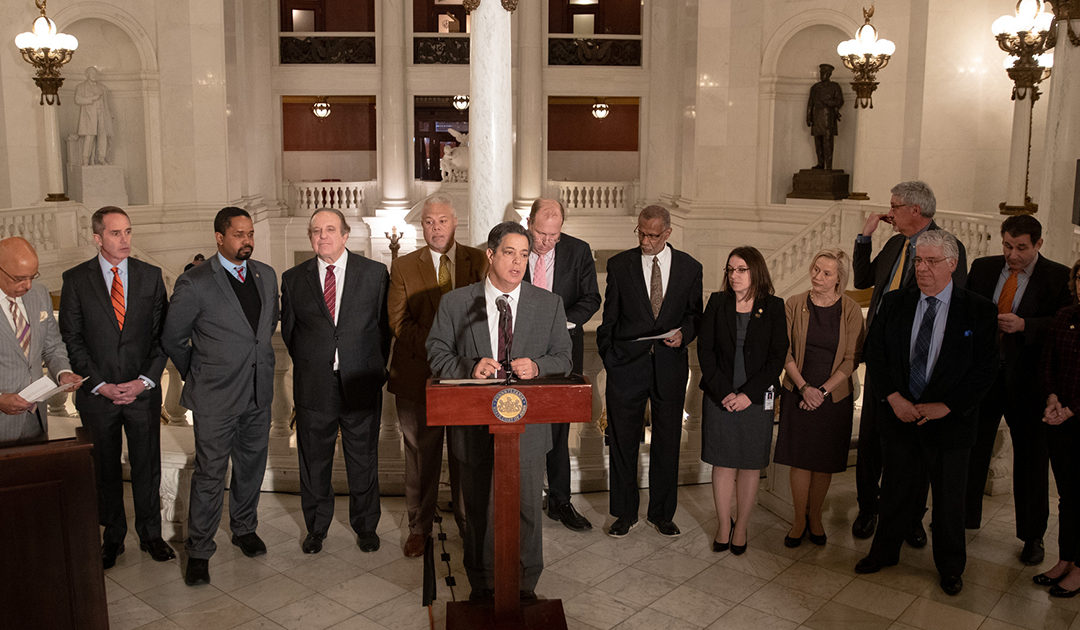 HARRISBURG, PA − January 16, 2019 −Members of the Senate Democratic Caucus stood together Wednesday, outlining the impacts of the federal shutdown on their constituents and addressing potential remedies at a state level.

“In my county of Allegheny, we have about 150,000 folks who will be impacted by the change to SNAP benefits, and we want to make certain that they understand what they can do and what steps they can take during this federal shutdown,” said Senate Democratic leader Jay Costa.

“Far too many real people with real needs have been affected by a senseless federal government shutdown and are at risk of suffering through no fault of their own,” Senator Vincent Hughes said. “We want to make sure the 1.8 million Pennsylvanians who receive SNAP benefits are aware of the shutdown’s impact and have the information they need to receive services through February and beyond.”

“The federal shutdown impacts Pennsylvanians in more ways than many people appreciate,” said Senator Shariff Street. “I along with several colleagues have encouraged our financial institutions to extend resources to federal workers so that they can provide for their children, pay utility bills and continue to function during this time.”

Senator Art Haywood stated that if the federal shutdown continues, there will be no SNAP payments for the month of February.

“Make the SNAP benefits last. You will get two payments this month and are expected to have that last with no certain end date to the federal government shutdown,” said Senator Haywood. “Donald Trump said, ‘what do you have to lose?’ and now we are finding out.”

“An additional component of this federal shutdown is the effect on science, and the effect on what we rely on to keep us safe and healthy,” said Senator Daylin Leach.

Leach spoke to the fact that during the shutdown federal agencies such as the Food and Drug Administration are not doing their regular inspections of food, the Nation Oceanic and Atmospheric Administration is not tracking and publishing weather patterns, and many scientists who work for the federal government are leaving for the private sector jobs.