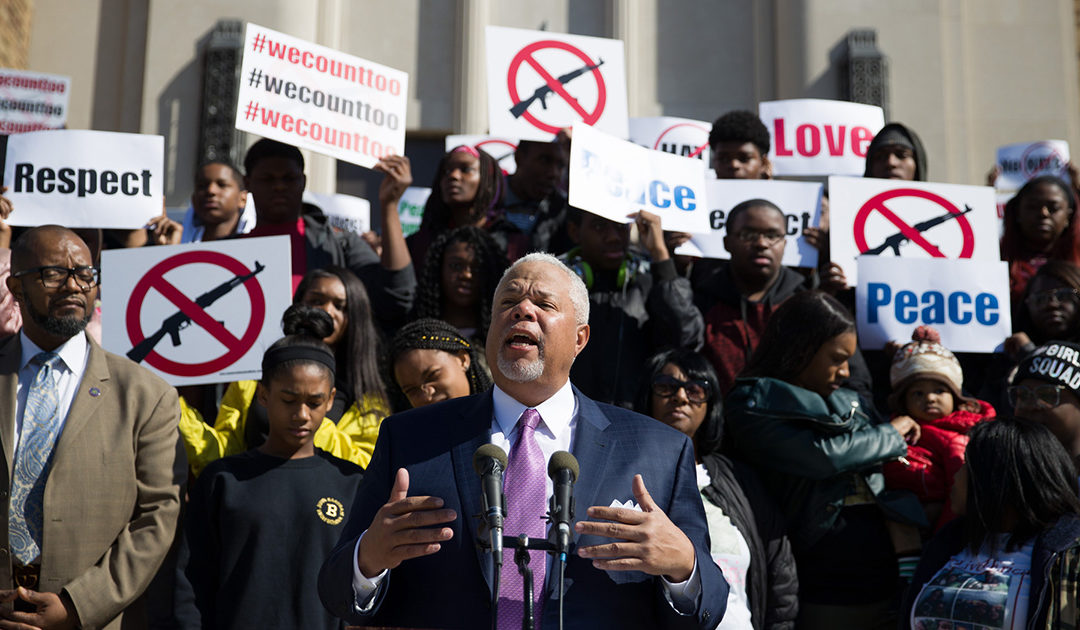 Philadelphia, Pa. − June 17, 2019 − Following a senseless act of violence on Father’s Day, and scores of other homicides in the city of Philadelphia and across the state, Senator Anthony H. Williams sent a letter to Governor Tom Wolf asking for a state of emergency on the issue of gun violence.

“I think we’re well past the point when those of us who are elected to lead are always reacting,” said Senator Williams. “We must restore some level of public confidence by addressing this epidemic proactively.”

Last weekend, there were 19 shootings in the City of Philadelphia, leaving five dead and 28 wounded. 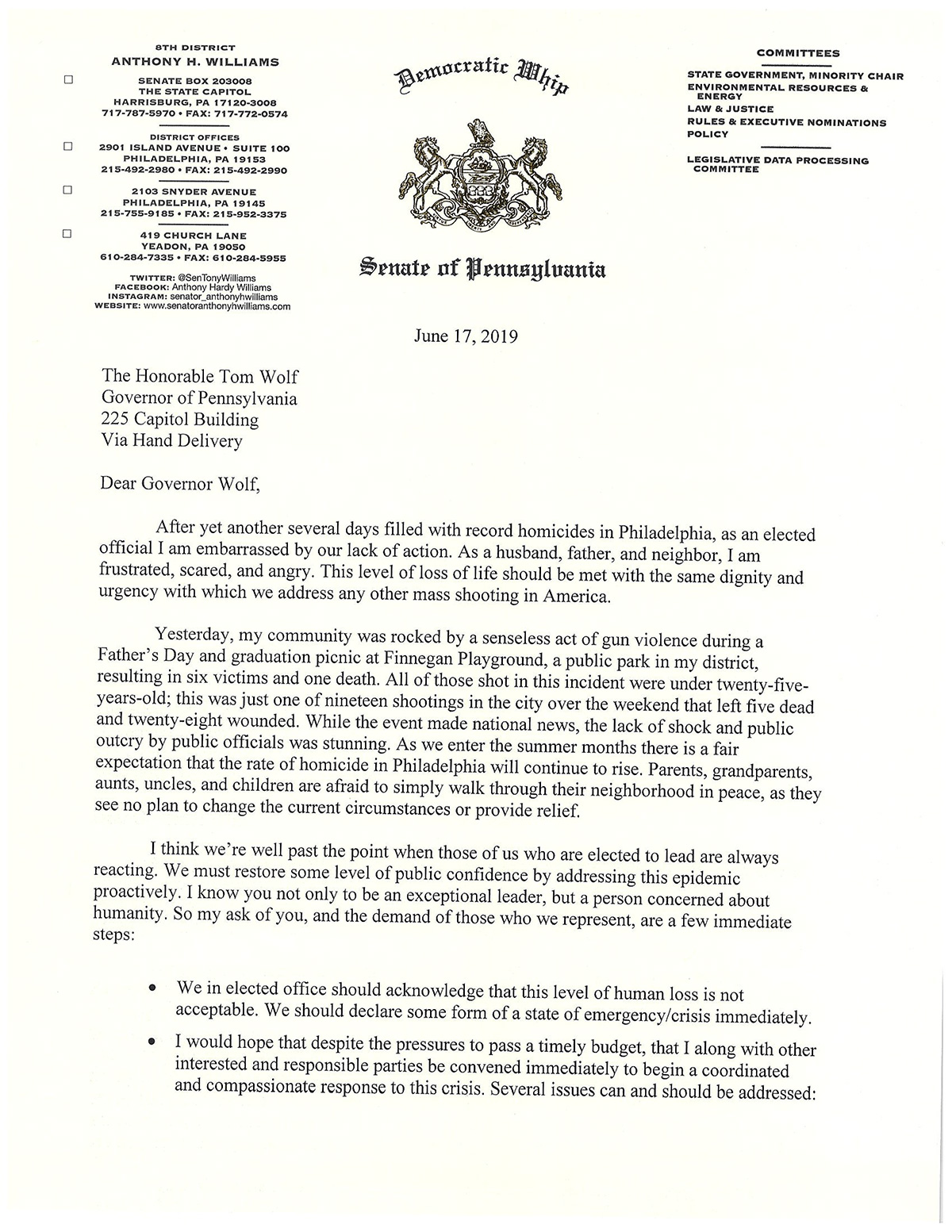