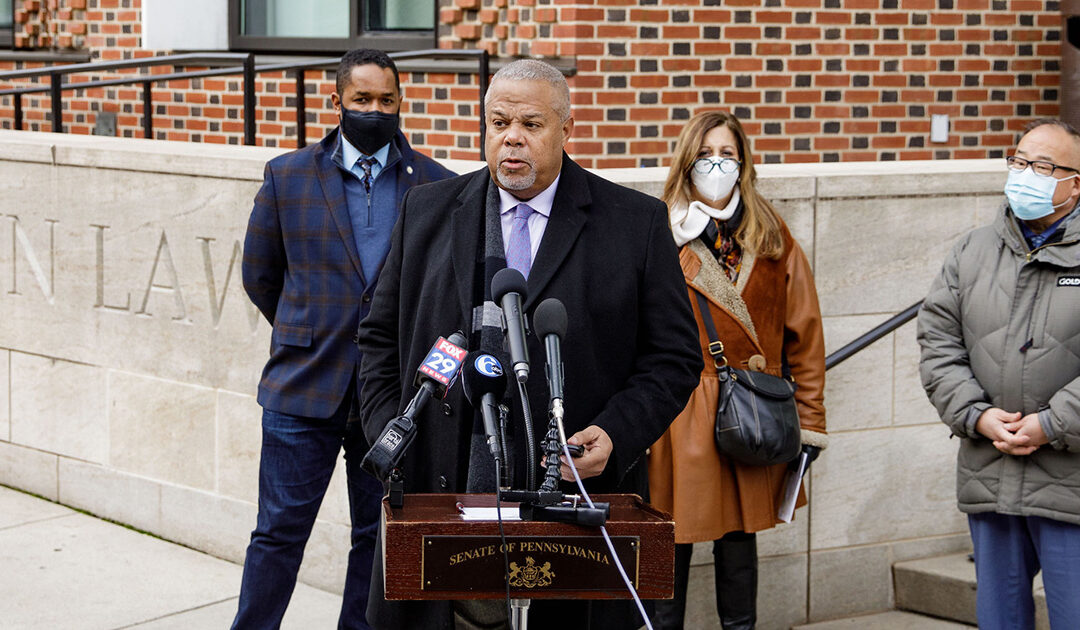 “I am profoundly disturbed by such hateful comments made by tenured University of Pennsylvania Law professor, Amy Wax. In this country, in this city, must condemn hate whenever it surfaces, and that includes the world-renowned universities across Philadelphia. We must stand against any divisive rhetoric that denigrates a persons, race, ethnicity, gender or sexual orientation. America is supposed to be a place of hope and opportunity, where our human dignity is valued above all else.”

It has been reported by multiple news organizations that tenured professor Amy Wax, who specializes in social welfare law and labor and family economics law, appeared as a guest on economist Glen Loury’s “The Glen Show”. She made server disparaging comments about Asian Americans who immigrate to this country. She said that “Asian elites” pose a danger to the United States and that less immigration from Asian countries would be a good thing.

“There should be no space for Asian Hate in our society. Words can be insidious things and hateful speech if, unaddressed is like cancer that will fester and grow into greater acts of hate. Silence is complicity. I’m proud to join Senator Williams in his concern that the University of Pennsylvania do everything in its power to stop anti-Asian hate speech and all other hate speech,” Sen. Sharif Street (D- Philadelphia) said.

University of Pennsylvania Carey Law School Dean, Theodore Ruger, released a statement calling Wax’s comments on the show anti-intellectual and racist and said that Wax’s views were xenophobic and white supremacist in nature.

“In 2022, we can’t let hatred against Asians be normalized. As Jews, we understand for centuries how hate has been used to justify stereotyping and scapegoating which causes, violence, physical attacks and maligns people. When elite institutions let stereotyping go unanswered and unchallenged, it is not only the immediate victims who are at risk but the very fabric of our society,” said Marcia Bronstein, Regional Director of the American Jewish Committee (AJC) in Philadelphia/SNJ.

“Education is a space where we expect students and faculty to be able to exchange thoughts and ideas freely. It will never be acceptable for any person to make inflammatory comments about a particular group, but especially a professor,” Catherine Hicks, Philadelphia Branch NAACP President, said.

Hicks continued, “The remarks Amy Wax made is a reminder of the ongoing work that must continue to provide justice in all spaces. We must ensure the people who are charged with educating others are also educated with cultural sensitivity training, self-awareness, and how damaging remarks like this can be in the academic environment. Her statements push damaging generalizations and stereotypes of a particular community. There have been accusations of this behavior in the past, that has gone without consequence. Aside from her being fired from the university we need to ensure this type of behavior does not continue on any level. As President of the Philadelphia NAACP branch, it is my duty to stand in the gap for injustice. It is our duty as a community to not allow this to continue in any professional space.”

A full recording of this press conference can be found here.