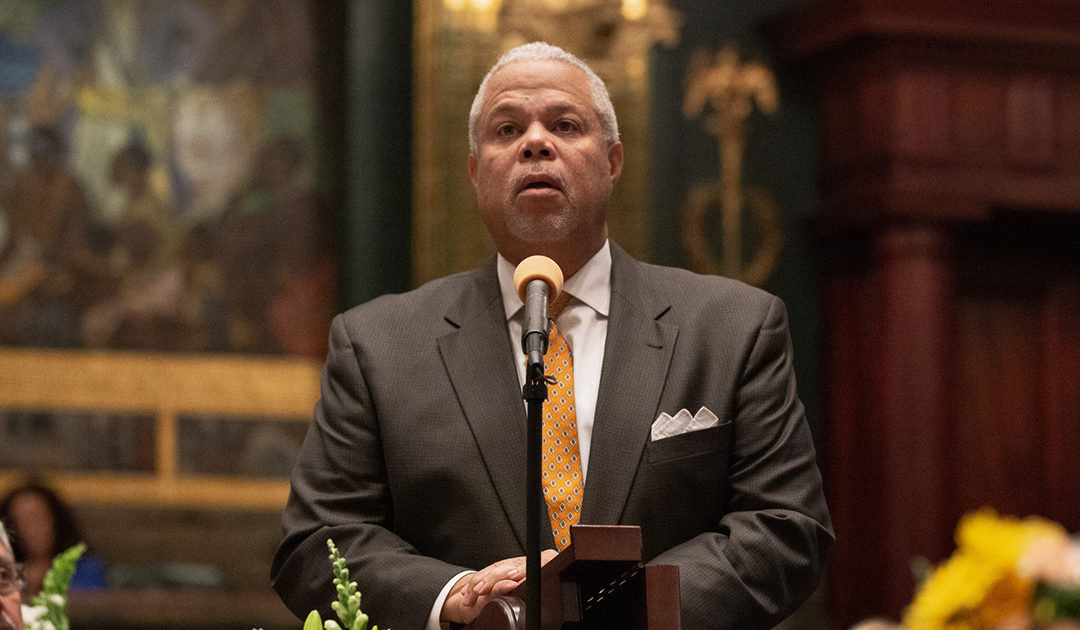 In completing the budget for fiscal year 2020-2021 last week, a provision was inserted in the Fiscal Code, House Bill 2536, which would require the Department of General Services to ensure that no flag, banner, or sign be displayed on the outside of the Capitol building other than the United States Flag, Pennsylvania Flag and those specifically authorized by statute. I’m writing to request that you utilize your ability to line-item veto the Fiscal Code to remove this provision on the grounds of Free Speech and fairness.

While this language was clearly aimed at the personal politics of the Lieutenant Governor, it is an unconstitutional attempt to suppress free expression of ideas with which the majority party in the General Assembly disagrees. Our democracy was founded on the bedrock of Free Speech, and no elected official, staff member or citizen loses this right upon entering the building. Furthermore, the Lieutenant Governor is far from the only elected official to display policy-related material outside of his Capitol office, including pro-gun banners and pro-life, anti-abortion posters. If the purpose of this provision is to maintain non-partisan public spaces, then it should apply uniformly throughout the Capitol; however, I re-iterate my point that speech should not be restricted in any way.

We debate many important issues in Harrisburg, secure in the knowledge that we may freely speak our minds without restriction by the government. Allowing this prohibition to stand sets a precedent against that freedom and puts us on a dangerous path to greater forms of restriction in the future. I ask that you consider the impact on our most cherished of rights and strike this unconstitutional clause from House Bill 2536 prior to enactment.

Thank you for your consideration of this important matter.