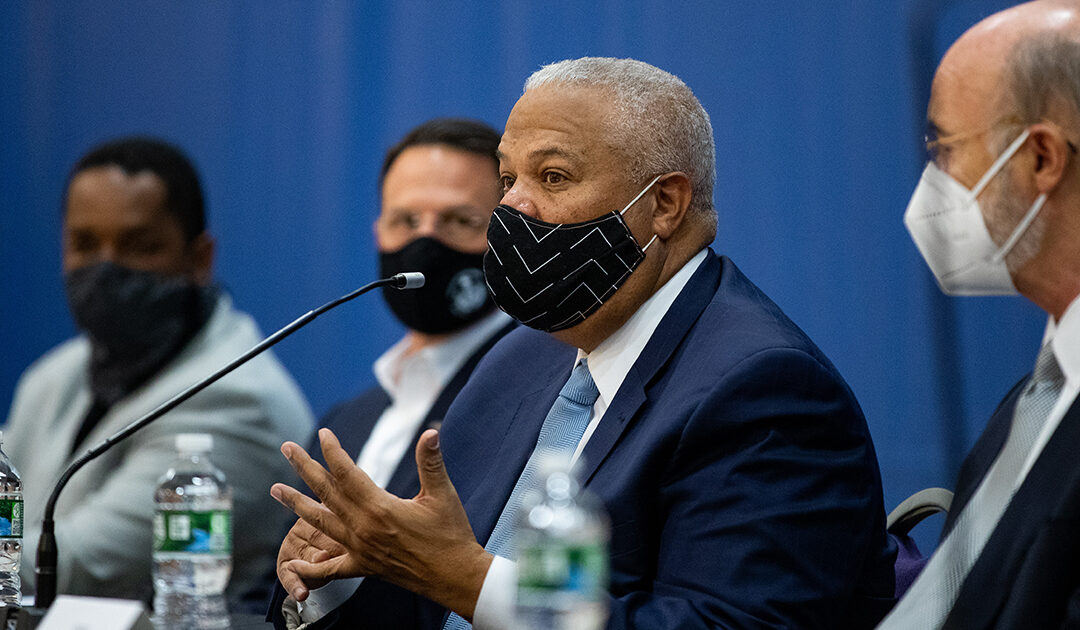 Officials met for over an hour to discuss a mechanism to organize community prevention, intervention, and enforcement efforts to combat gun violence.

“It’s long past time to address gun violence in Philadelphia. No one, especially innocent children, should have to live in constant fear that at any moment they could die resulting from gun violence,” Williams said. “I am grateful for the participation we had in this meeting today by so many, including the Governor and Attorney General. We have the power to restore our communities and save lives – but me must act now and we must act together.”

The roundtable meeting was organized by Williams after multiple fatal shootings in his Senate district within the past two months. One shooting included the death of a 16-year-old boy, and another injured a 6-year-old and killed his 29- year-old father.

“We need to do more to support our communities and to end the crisis of gun violence. Building a coordinated response is a critical step, so I thank Sen. Williams for leading this discussion today,” said Gov. Tom Wolf. “Together, we can create real solutions on how we can better coordinate with communities to get the tools and resources needed to reduce gun violence to the places that need it most.”

Williams said that he envisions the creation of an intergovernmental task force or existing committee that will have the capacity to measure the impact organizations are having at reducing gun violence at the city and local level, and also examine and approve organizations for future resource distribution.

“Law enforcement and community groups have been speaking together, loud and clear, to demand immediate action. It’s time to stop with thoughts and prayers,” said Attorney General Josh Shapiro. “My office is using every resource available to us to stop the trafficking of firearms into our state and to hold these individuals and organizations accountable. Our Philadelphia Gun Violence Task Force, which has recently expanded thanks to support from the Commonwealth, works across agencies to stop the flow of guns into our communities.”

Both Wolf and Shapiro have been long-time advocates of gun reform across Pennsylvania, and recognize that providing communities with mental health resources, schools that are properly funded, and community lead initiatives for mentorship and leadership are the most effective ways to prevent generational cycles of violence.

Within the City of Philadelphia, effective and non-lethal policing is also essential to healing communities that have been historically overpoliced and over incarcerated. It will take all stakeholders to end the scourge of gun violence, and that includes law enforcement entities assisting in getting illegal guns off the streets.

Williams concluded the event by calling for partnerships at the local, state, and federal level to commit all resources available to end gun violence in Philadelphia and in every community in the country.