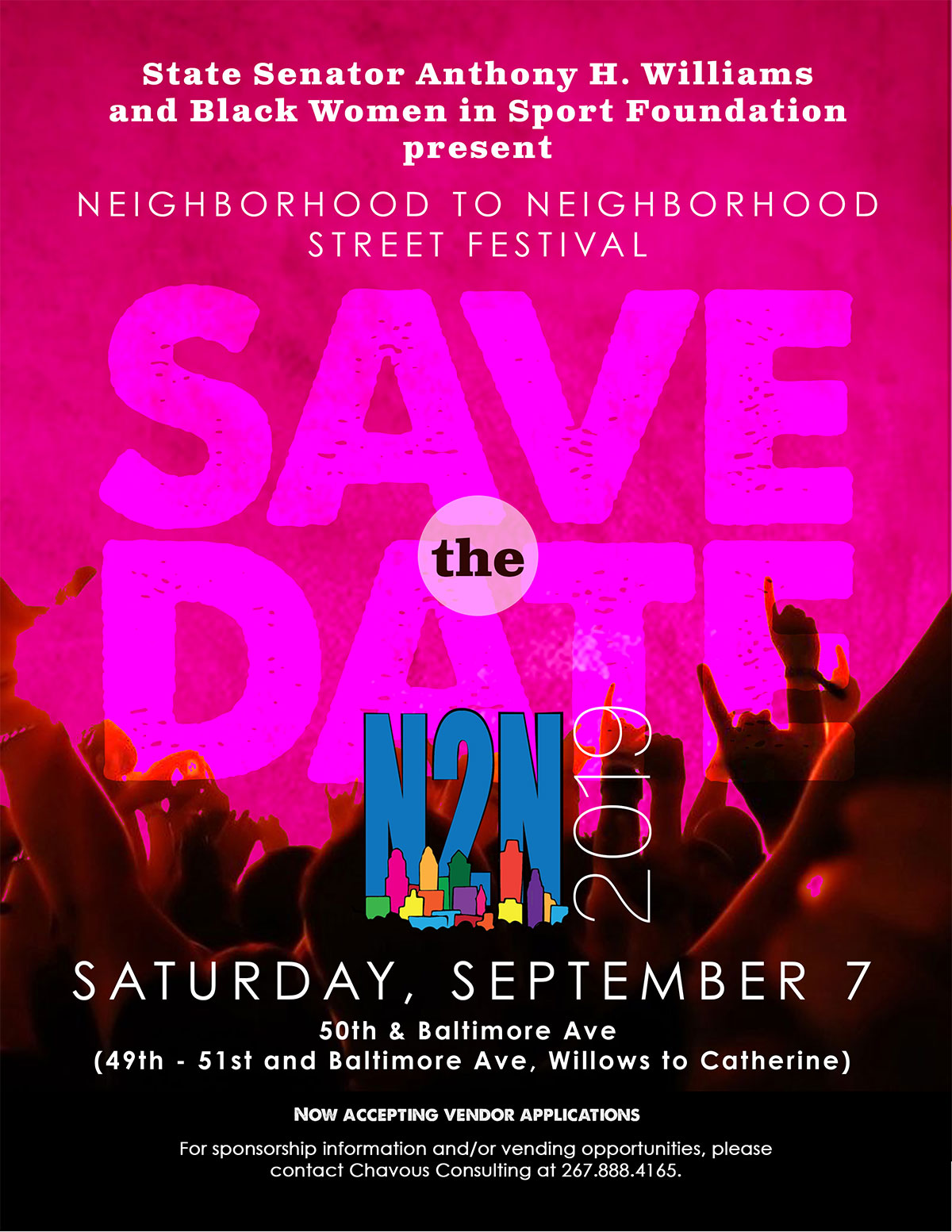 Considered to be one of the first and longest running female rap groups of all time – Salt-N-Pepa will headline a free concert in West Philadelphia at the 2019 Neighborhood-to-Neighborhood (N2N) Festival in celebration of women in hip-hop. Salt-N-Pepa have broken barriers and opened doors wide open that were once closed to women in hip-hop. They gave women a voice in a male dominated industry and transformed the way the music world saw women forever. With the hit songs “Push It,” “Tramp,””Shake Your Thang,” “Shoop” and “Whatta Man,” Salt-N-Pepa would defy everyone’s expectations and catapult hip-hop to new levels. They were also one of the first rap artists to cross over into the pop mainstream, laying the groundwork for the music’s widespread acceptance in the early ‘90s. Salt-N-Pepa were more pop-oriented than many of their contemporaries, since their songs were primarily party and love anthems, driven by big beats and interlaced with vaguely pro-feminist lyrics that seemed more powerful when delivered by the charismatic and sexy duo. As one of the few hip-hop artists to develop a long-term career, their music is timeless, and they are set to headline the 2019 N2N Festival performing their hit songs alongside two other female hip hop pioneers — MC Lyte, one of hip-hop’s pioneer feminists, and Angie Stone who rose to fame as member of the hip hop trio The Sequence before starting her solo career.

WHO: Salt-N-Pepa are headlining. MC Lyte, and Angie Stone are also performing. There will also be live performances by local Philadelphia artists, and the festival will be hosted by legendary radio host Lady B from Classix 107.9 FM, and comedian, Skeet. More than 5,000 people from across the region will enjoy the free festival throughout the day.

DETAILS: The Neighborhood-to-Neighborhood (N2N) Festival is a free daylong community event State Senator Anthony Hardy Williams created in 1989 as a peaceful and enjoyable way for families and community members to connect and engage with one another. After a six-year hiatus, N2N made a triumphant return in 2016 with a free concert from Grammy and Oscar- Winning rapper, actor and activist Common. In 2017, the N2N Festival held a free Prince tribute concert featuring live performances by Sheila E., Morris Day, and the Time, Questlove, and PnB Rock, and last year, the N2N Festival held an Aretha Franklin tribute concert which included live performances by Kelly Price, Monica, Keke Wyatt, Kindred the family Soul, and Jean Carne.

N2N began as a community cookout before expanding over the years into a major family festival stretching five city blocks, boasting big-name performances and attracting thousands from the region. The festival brings an array of communities together to enjoy food, music, live entertainment and each other.

In addition to a free concert, there will be free food, health screenings, a variety of craft and food vendors, sports demonstrations, community resource tables, a children’s zone with rides, games, prizes and face painting and a senior tent with activities, resources and bingo. Senator Williams is once again, partnering with the Black Women in Sport Foundation, a nonprofit organization who has engaged in the type of uplifting community work that captures the spirit of the festival to present the 2019 N2N Festival.