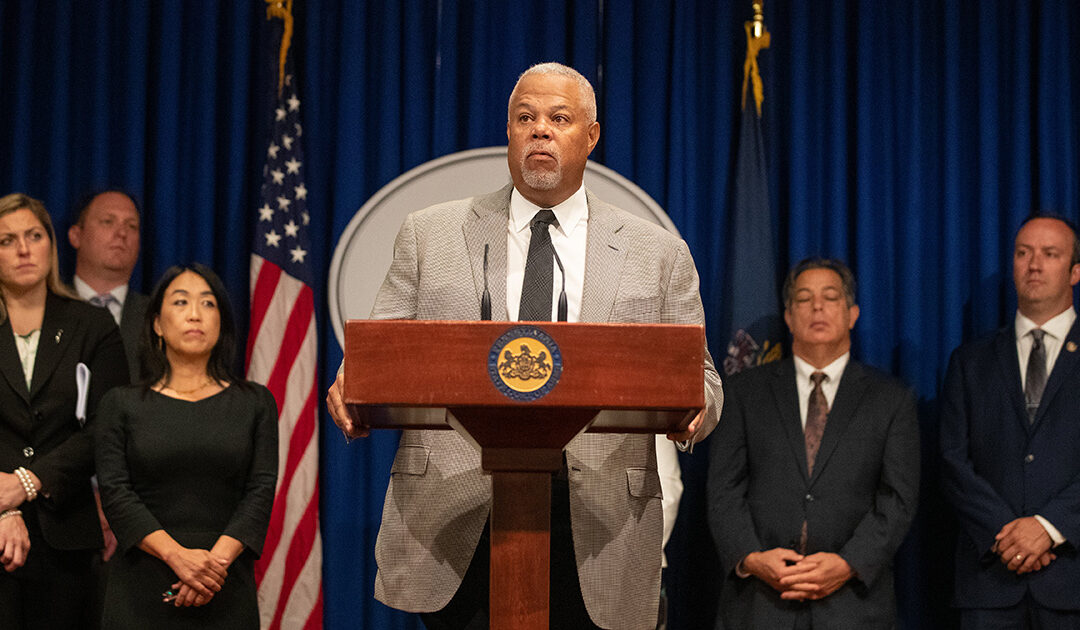 If adopted, these policy recommendations will safely reduce the population of young people in out-of-home facilities by 39% by 2026, freeing up nearly $81 million for reinvestment.

Co-chaired by Sen. Lisa Baker, Sen. Jay Costa, Rep. Tarah Toohil, and Rep. Mike Zabel, the task force was jointly established in 2019 by leaders from both parties and all three branches, including Governor Tom Wolf, Supreme Court Chief Justice Thomas Saylor, House Speaker Bryan Cutler, Senate President Pro Tempore Jake Corman, and Senate Minority Leader Costa. Leaders charged the task force with conducting an assessment of the juvenile justice system driven by data and stakeholder input and with developing recommendations to serve as the foundation for statutory, budgetary, and administrative changes for consideration during the 2021-2022 regular session of the General Assembly.

“We worked together to conduct an inclusive, inter-branch look at our system based in our own data and on the voices of stakeholders,” task force co-chair Sen. Lisa Baker said. “Our findings show we have an urgent opportunity to reinvest in communities across Pennsylvania. No matter where young people live, our system should be fair, aligned with what works best, and equipped with the tools to strengthen families and reduce recidivism.”

“This issue touches every corner of our Commonwealth,” Speaker of the House Bryan Cutler (R- Lancaster) said. “This findings in this report present us with the opportunity to ensure our juvenile justice system rehabilitates our youngest offenders to not only create a positive path for them, but also to strengthens families, protect communities and create long-term benefits for all Pennsylvanians.”

“Over the past 17 months, the task force has worked diligently to create these policy recommendations that will expand where our juvenile justice system has succeeded—and boldly transform the areas where we face challenges,” Governor Tom Wolf said. “We need to do better by our youth and communities, and that’s why this important work remains a top priority for all of us.”

“Through our Task Force’s collaborative work together, we have uncovered troubling data showing too many young people are removed from home on their first offense who aren’t assessed as likely to reoffend, said Judge Kim Berkeley Clark, president judge of Allegheny County and chair of the Pennsylvania Juvenile Court Judges’ Commission. “The data also shows that children living in poverty and children of color are more likely to receive placement for their first offense. Our recommendations expand and reinvest in diversion and other efforts that are already succeeding in many counties to hold young people accountable at home in their own communities.”

In keeping with its charge from state leaders, the task force issued 35 recommendations to:

The 30-member task force assessed the state’s juvenile justice system and reviewed data from court and state agencies and examined how current practices can better align with what research says works to improve outcomes for youth and families. The task force created avenues for public testimony through virtual meetings and written submissions, receiving input from more than 500 stakeholders.

The task force found that most youth in the juvenile justice system have little or no prior history of delinquency, have not committed a felony or a person offense, and do not score as high risk to reoffend— even though research shows most youth are not on a path toward adult crime and over-involvement in the system can increase their likelihood of reoffending. 59 percent of adjudicated youth sent to residential placement are removed from home for a misdemeanor, just 39 percent committed a person offense, and most had no prior adjudicated offenses. Out-of-home placement consumes the vast majority of taxpayer spending on delinquency services, and costs as much as $192,720 per youth per year. Outcomes for youth show large disparities by race and geography—even for similar youth behavior. The final report and recommendations, an executive summary, and other documents related to the Task Force’s work are available on its website.

The task force’s efforts build upon Pennsylvania’s past efforts to improve its juvenile justice system, such as the Pennsylvania Juvenile Justice System Enhancement Strategy and legislation sponsored by Sen. Baker following the recommendations of the Interbranch Commission on Juvenile Justice.

“While today marks the end of a long and comprehensive process to present this report about the Pennsylvania Juvenile Justice system, what’s working well, and what we need to improve—it is really just the beginning,” said task force co-chair Sen. Costa. “It is now time for my fellow co-chairs and all my colleagues in the General Assembly to pick up the baton and enact these recommendations.”

“Thank you to all task force members, and to the hundreds of stakeholders across the Commonwealth who reached out, shared their experiences, and provided input to help us land on the best and most important changes to Pennsylvania’s juvenile justice system,” said task force co-chair Rep. Mike Zabel. “I am proud of the bi-partisan, data-driven process we helped lead and look forward to moving forward on these recommendations to create a system that works better for kids and families.”

The Pew Charitable Trusts and the Crime and Justice Institute provided technical assistance to the Pennsylvania Juvenile Justice Task Force throughout the entire process at the invitation of state leadership.