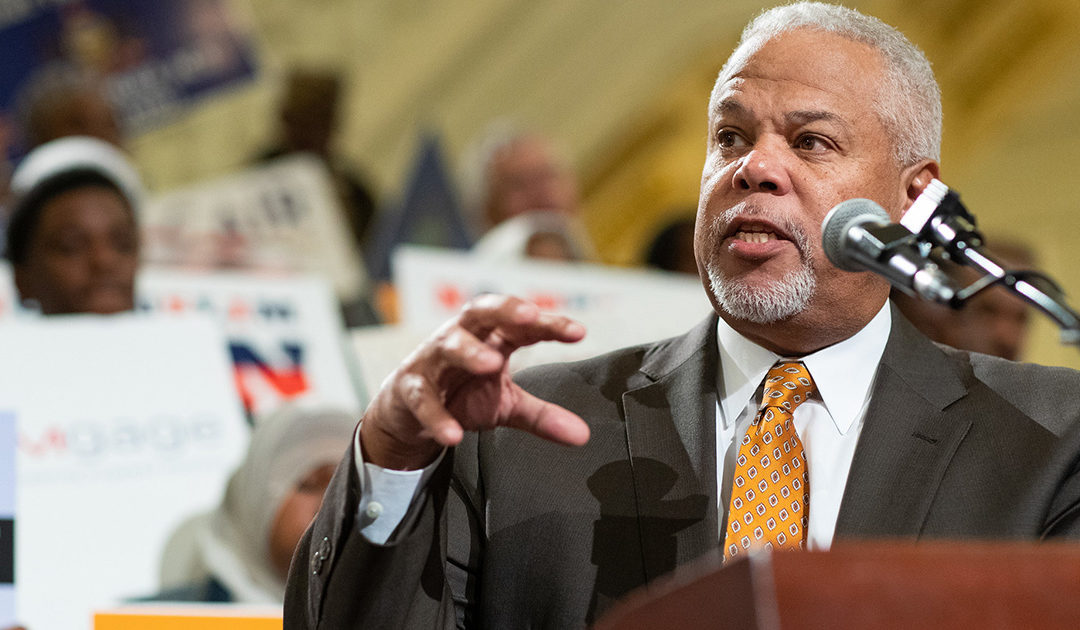 Some may say its part of a political season that will be fought hard over every vote, especially black votes. All you have to do is ask former Vice President Joe Biden, currently clinging to nomination chances by a string on the hopes of black voters in South Carolina. But I think it’s more like “prop season.”

Democrats and Republicans, conservatives and progressives: They all suggest that they are a friend to my community. The names of Abraham Lincoln, Barack Obama, and Rosa Parks get invoked. Code language has been dangled in ads and speeches, suggesting that black folks have a place at the table on issues like raising the minimum wage and criminal justice reform.

It is disrespectful — and plain insanity — to think that you can speak for a community that grows more and more marginalized each political season. On what grounds do Bloomberg, Sanders, U.S. Attorney William M. McSwain, President Trump, and others get to posture about racism? I don’t know their hearts or motives. I don’t care how many people of color they have on staff. I think of what my grandma said: Match your words with your deeds.

We’ve seen this before: Take 2018, dubbed by some the “Year of the Woman,” when women were used as props while solutions to real issues like pay equity, mandatory maternity leave, and inclusion remained elusive. We’ve seen officials use veterans in this way as well and wrap themselves around the flag to show their patriotism.

Yet, to date, the number of homeless veterans remains stubbornly high, and the care they receive from Veterans Affairs questionable at best.

Now consider people of color. There needs to be policy discussion that reflects the frustration of black Americans, not polite nods to those who have been overlooked. There are brothers and sisters in my community who have a seat at the table, but most do not feel politically connected. These are people who are struggling to stay alive amid an epidemic of gun violence, facing a lack of quality education for their children, and seeking jobs that provide a sustainable living.
If the next commander-in-chief is focused on race, he or she need only witness the condition of black Philadelphians. Echoing when W.E.B. Du Bois published his work on conditions for black Philadelphians in 1899, challenges for this group remain perilous. Young black men are more likely to die from gun violence than any other cause, according to a city study on the health of black men and boys. Our children barely graduate from high school and often are not prepared for college. The Philadelphia Department of Public Health’s 2019 Health of the City report reveals that only 60.6% of all black Philadelphia high school students will graduate on time. And in a city that is majority black, we are desperately in need of work. The 2018 U.S. Census American Community Survey found that the unemployment rate for black Philadelphians was 13.8% that year, with 29% of black Philadelphians living in poverty, according to last year’s Health of the City report.

My community faces issues that go much deeper, are far more systemic, and won’t be resolved by elected officials who debate over who loves us the most. Those who are still running need to connect with my community and neighborhoods that are struggling. Where are the presidential candidates and their offices in Philadelphia? Old City, Center City. Not Cobbs Creek. Not Eastwick. Not Nicetown.

We are not props for political campaigns and empty rhetoric. Black voters are political power. We decide elections, including in Pennsylvania.

If black voters really matter, stop the polling and come to our neighborhoods. We will ask questions, challenge your perspectives, make you feel uncomfortable, and potentially change your policies. But we will ultimately vote for you with unflinching loyalty when we have a meaningful seat at the table, and when our presence is felt.

Anthony Williams is a Democratic member of the Pennsylvania state Senate, representing the 8th District.